Self-injurious Behaviors Do Not Provide Relief From Negative Emotions
by Monica A. Frank, PhD 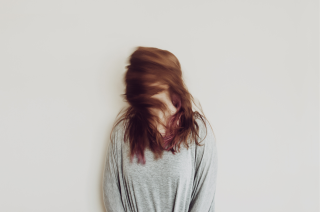 The prevailing theory for why individuals engage in cutting and other self-injurious behaviors has been that it decreases negative emotions. However, most research has been retrospective which means that a person may be questioned days after the behavior occurred. It is commonly known in psychology that long-term memory can be distorted. Thus, retrospective research more accurately describes what people believe about why they cut themselves, not what actually occurs.

A recent study of hospitalized patients with Borderline Personality Disorder sows doubt on this theory. Instead of relying on long-term memory, the patients carried a tablet which prompted them 10 times a day to answer a few questions about their emotions. In such a way, more immediate emotions could be determined following episodes of self-injurious behavior. The outcome of the study showed that instead of a decrease in negative emotions an increase in these emotions occurred. In addition, it showed that increases in negative emotions leads to self-injurious behavior creating a repeating pattern (Houben, et al., 2017).

Why do people cut themselves if it doesn't make them feel better?

If self-injurious behaviors do not lead to a reduction in negative feelings, why do people continue to do it? The authors speculated on several possibilities:

1) Immediate relief. Although this research is better than most it still couldn't assess the emotional state within seconds of the self-injurious act. It is possible that a very brief, but powerful, moment of relief occurs which affects the long-term memory causing people to believe that cutting makes them feel better.

2) Habituation. When a person repeatedly engages in a behavior they tend to become desensitized to it. What this means is that when they first engaged in self-injurious behavior they obtained longer-term relief. However, as the body becomes accustomed to it they no longer have the benefit of a reduction in negative emotions.

3) Not for relief. Even though individuals report that the purpose of the behavior is to feel relief, they may be engaging in the behavior for another reason such as social reinforcement due to others' concern or attention.

What can be done?

Educating those who engage in self-injurious behavior believing that it helps them feel better can help them learn other methods to achieve the desired outcome. If their purpose is to reduce negative emotions then knowing that the long-term effect of cutting leads to increased negative emotions may help them seek other means of relief:

1) Emotional tolerance. A primary reason to attempt to escape negative emotions is due to the inability to tolerate them. Many people feel helpless as if they are trapped or controlled by the negative emotions. However, methods that increase emotional tolerance can provide relief. One of these methods is mindfulness. For more information, see Understanding Mindfulness especially "Step 3: Mindfulness and Unpleasant Emotions."

2) Cognitive restructuring. Negative emotions can be reduced by examining and challenging the thoughts that produced the emotions. The cognitive diary method is useful in this process.