I'm sure you've dealt with individuals who have caused you to be so frustrated that afterwards you scratch your head asking "Am I crazy?" Most likely you just had an encounter with a passive-aggressive person. Such encounters may include sarcasm, shifting blame, saying one thing while meaning another to name a few. For instance, I used to know a co-worker who was very skilled at giving back-handed compliments such as "You look great! You must be doing something different" as well as sarcasm disguised as a compliment "Oh, I hear you've managed to pull off another miracle." The problem with these kinds of comments is that if you try to confront them about the insult, you will be accused of not understanding, "I didn't mean it that way" or of misinterpreting, "You must have a problem to think that. I was just trying to compliment you. Sorry I didn't word it right to suit you." As a result, you end up looking like the bad guy, feeling frustrated, and asking yourself, "Am I crazy?" And the other person walks away blameless. Read more...

Betrayal is probably the most devastating loss a person can experience.  To be betrayed, the person must first experiencetrust in the betrayer.  It is fairly impossible for you to be betrayed if you did not trust the individual in the first place.  Therefore, the definition of betrayal involves the act of someone violating your trust in them.  The betrayal I am discussing in this article refers to a variety of forms of betrayal.  For instance, a child is betrayed when he or she is abused by the parents who are supposed to love, support, and protect the child.  A spouse is betrayed when their partner has an affair.  Betrayal is when someone you trust lies to you, cheats on you, abuses you, or hurts you by putting their own self-interest first. Read more...

Frequently over the years of my practice I've had new clients who recently left bad relationships and want to prevent a recurrence of the same scenario. However, two common obstacles too often occur, both of which are related to difficulty handling grief and loss. 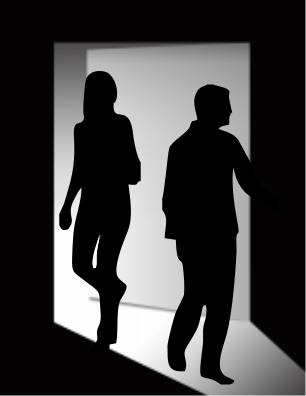 How Are These Obstacles Related to Problems in the Grief Process?

As I see it, both of these situations are due to an avoidance of the pain of grief. Grief feels horrible! It is NOT something anyone WANTS to experience. However, it is a necessary process for healing, learning, and making better choices in life. The avoidance of the pain of grief thwarts this process and interferes with becoming involved in healthier relationships in the future.

Emotions contain important information about the world and our experience with it. Paying attention to emotions allows us to process an experience and make better decisions in the future. Avoidance of those emotions prevents us from learning from the event. For instance, what is a "red flag" anyway? Typically, it is an emotional warning system. When a person ignores the emotional warning and creates excuses, this blocks awareness of the message and prevents healthy and accurate decision-making.. Read more...

If women could just change one thing, they would find that they could have almost everything they want in a relationship. Of course, I'm talking about women who are married to the average decent non-abusive man. I don't know how often I've heard a woman say, "But I shouldn't have to ask." Frequently, they have all sorts of expectations of their partner and become resentful and angry when he doesn't fulfill those expectations. However, when I ask what he said when they asked for what they wanted, they either respond with "I shouldn't have to ask" or with "I told him once. I shouldn't have to keep telling him."

These attitudes are self-defeating and often destructive to a relationship. If women could learn to ask for what they want and ask often, many women could have the relationship of their dreams. When I tell women this, then they typically respond, "But he'll think I'm nagging him." The problem with this thinking is that women don't understand how men communicate.

Men are usually very direct in their communication. When they talk with one another they say exactly what they want. A man would say to a friend, "I'm going to be near your office today. Let's meet for lunch." A woman is more likely to say especially when talking to a man," I have an appointment near your office today," hoping that the man will get the hint and suggest lunch. This may be a reasonable approach if the woman doesn't know the man very well and wants to test his interest without making a full commitment. However, the problem is women use the same approach with their husbands! "But I shouldn't have to ask." Read more...

Frequently, I am asked how to handle irrational jealous feelings.  Usually, the individual recognizes that her feelings are unreasonable with no valid evidence but feels incapable of controlling the jealousy.  In addition, the person usually recognizes the destructive nature of indulging in the feelings and the resulting behavior.  Such behavior typically involves excessive questioning of her spouse, suspiciousness, and accusations.  Many spouses become extremely frustrated with this behavior because they have no way of proving their faithfulness.  This leads to an escalating cycle of anger which is used as further evidence by the jealous spouse that her suspicions are correct.

The jealous spouse often desperately wants to stop the behavior but finds that he can't control the thoughts which makes him feel miserable.  He believes that if he can just prove his suspicions one way or another, he will feel better.  The unfortunate fallacy in this thinking, is that trust can never be proven; it can only be disproved.  The definition of trust is the belief that something is true.  Therefore, without evidence to the contrary, if we want a satisfying relationship, we have to choose to trust the person we love. Read more...

As a child Cynthia's hyperactive behavior often annoyed others.  Her teachers frequently reprimanded her in school.  The other students called her "stupid" and refused to let her join them in activities.  At home, her father criticized her and beat her with a belt whenever her parents received a negative report from school.  Due to depression, her mother tended to ignore Cynthia's needs for emotional support and attention.  As a result, she grew up expecting rejection from others.  It seemed that no matter how hard she tried, all she experienced was rejection.

As an adult she had numerous unsuccessful relationships.  She desperately wanted the acceptance to be found in a relationship; however, she perceived her partner's behavior negatively often thinking about how he wasn't as committed to the relationship and that she was just good enough until someone else came along.  These thoughts led to hostility toward him and accusations "You don't care about me!"  Due to her focus on her worries about losing him she did not focus on his needs and provide him with emotional support.  Her partner tried to reassure her and comfort her at first but the constant negativity and hostility drained his ability to respond to her needs. Read more...

I had some good questions on my website regarding handling a partner's irrational jealousy.  The reason I wrote the article What to Do When Your Jealousy Threatens to Destroy Your Marriage for the individual with the problem jealousy is because until that person decides to make changes nothing can be done to eliminate their jealousy.  That article has been very popular and many people have indicated to me that they are trying to change their behavior after reading it.  However, there are many other people who are not recognizing their jealous behavior and so their partners are writing to me asking what to do.

Just because the person with the jealousy problem is the only one who can change it doesn't mean that there is nothing that you, as the partner, can do about your partner's jealousy.  However, the steps you can take may be very challenging and don't come without risk.  If you truly want a chance for your partner to change, the best place to start is with yourself.  By changing how you respond to your partner's jealousy you will develop a greater understanding of how difficult it is to make changes.  This increases your empathy for your partner especially if he/she is trying to make changes.  However, it may also make you less tolerant of someone refusing to recognize their problem or do anything about it.  This could be a healthy thing for you because you are less likely to remain in a destructive relationship. Read more...

An internet reader, "Mike," wrote about a jealousy situation that he has begun to recognize but that has already caused extensive damage to his relationship: "Now, my spouse is hiding everything and refuses to discuss the topic. My gut feeling is that my spouse is out to get revenge, lying and is maybe now really cheating." He indicates that his wife has informed him she has the right to hide the cell phone bills, change e-mail passwords, and erase internet history because of his past behavior. He states,"I tried to explain what is causing my jealousy, yet I feel I'm not being heard or understood. Now, I feel like the one being "abused" because my spouse acts hostile to me and defensive whenever this subject...is brought up."

Frequently, I see this scenario all too often in my practice. By the time the jealous spouse recognizes his/her problem considerable damage to the relationship has already occurred. Attempts to change mean not only resolving the jealousy problems but also healing the relationship.

To understand the damage to the relationship, try taking the other person's perspective: Imagine day after day being questioned about your whereabouts, your behavior, and accused of being unfaithful or being attracted to someone else. Imagine someone checking your cell phone records, checking your e-mail, and/or calling you frequently under the pretense of something else but really just wanting to know what you're doing. Imagine your helplessness because no matter how much you reassure your spouse, no matter how many questions you answer, no matter how open you are with your daily itinerary or your e-mail, you can never "prove" your love or faithfulness. Imagine waiting for the next accusation, the next argument, knowing that it will occur but not knowing when. For some, imagine being fearful of physical violence because you can't reassure your spouse enough. Imagine the hopelessness, the hurt, and the pain beginning to turn to anger and resentment. Imagine what this does to love. Read more..