Long-term relationships experience adversity at times. In research examining the effects of breast cancer on the intimate relationship, Otto and colleagues (2015) found that sharing positive daily events increased feelings of intimacy, positive emotions, and improved well-being. In addition, the more the spouse was perceived as responsive, the more positive emotions and increased feelings of intimacy were experienced.

Although this study examined women with breast cancer, it could apply to other health conditions as well. Generally, what it indicates is that the spouse impacted by adversity needs their partner to enthusiastically listen and share positive daily events. This does not mean that negative events shouldn't be shared as it is sometimes necessary to obtain support by sharing distressing information.

Instead, it means to not refrain from sharing the positive events. Sometimes people don't want to share such events with a spouse who is suffering because it may seem insignificant compared to their problems. Yet, the sharing improves their ability to cope, feel better, and feel more positive about the relationship.

Six Characteristics that Distinguish a Healthy Anger from Hate

Many people are confused by anger believing it is a negative and destructive emotion. However, emotions are just information. It is the behavior that follows emotion that can cause harm. I propose that hate is not an emotion, but a behavior that can be clearly distinguished from anger.

1) Anger empowers. Hate seeks power.
Recognizing and attending to anger can empower us to address grievances. We can assertively take a stand against an unfair situation or injustice. Hate, however, doesn't want resolution but to have power over others—to weaken them with contempt and disdain so as to assert dominance.

2) Anger can be constructive. Hate is destructive.
When people are angry about a social injustice or about mistreatment, they often use their anger to address and bring attention to the problem. Hate only wants to destroy. It doesn't focus on alternative solutions but only on the destruction, emotionally or physically, of the object of hate.

3) Anger is momentary. Hate is a dwelling place.
Feeling angry is an emotion. As with all emotions, it lasts only a short time. The purpose of anger is to draw our attention to a problem that needs to be solved. Hate dwells on the emotion to keep it present, not for the purpose of solving a problem, but only for the purpose of feeling the hate.

4) Anger seeks change. Hate seeks revenge.
Even when people are very angry, their focus is on wanting something to change. Once change has occurred, the anger dissipates. Hate, though, doesn't care about change. Instead, it seeks to hurt in return. It wants others to feel pain and despair, and is not satisfied unless that occurs.

6) Anger can be healthy. Hate is a hazard to mental and physical health.
Since anger allows us to recognize problems and problem-solve, it helps to improve health by responding in a proactive way to threats to our health. Hate becomes an ongoing stressor to the body which increases the unhealthy stress reaction which takes a toll on physical health.

Advice in Context or Why Diagnosis is Important

Frequently people hear general advice from psychologists and then, because it doesn't fit with their perspective, believe that it is all garbage.

However, advice needs to be taken in context. All advice doesn't apply to all people which is why diagnosis of the problem is necessary.

For instance, let's take the concept of guilt. Often, as psychologists, we tell people that guilt is a self-destructive emotion. However, such advice is in the context of a neurotic who is feeling guilty for normal, everyday behavior. For example, someone who feels guilty saying “no” to helping on a project when they don't have time and then worries about it.

However, in the case of someone who has committed crimes or offenses, guilt is a necessary and constructive emotion. When you do something wrong, guilt helps you to recognize it and to make amends.

The same is true with regret about mistakes. In a certain context it may be destructive and irrational whereas in another it can help address a problem.

Question: I am having a very hard time planning my wedding because my mom and I want very different things. I believe in simplicity. Having a small intimate wedding (and a healthy marriage) is important to me, not a huge, traditional wedding. She wants to make decisions for me and demonstrates extreme passive-aggressiveness when I tell her my beliefs and what I want. She nicely says I can do whatever I want but then doesn't get excited about the things I decide on. It's hard because I want her to be excited but I also want to have the wedding I want. Yesterday we went dress shopping and before I could even say "yes" or "no" to the dress, she did. I ended up buying a dress that she liked. She told me the one I liked wasn't as slimming and the dress she liked made me look beautiful. She also ran into another bride in the store who was having a traditional wedding at a well known expensive venue in the area where she had wanted my wedding but I said "no" to because of the cost, stuffy atmosphere etc. When the girl asked where I was having it, my mom looked embarrassed to tell her my venue was at a bowling alley. It hurts. When I confront my mom she says I'm too sensitive and that I should just do everything on my own if I don't want her help. I want to note my mother is a beyond amazing person--would do anything for me. It's just that she is a very passive-aggressive person and plays dumb when confronted. Her image and appearance is very important to her and always has been. I feel like she thinks my decisions reflect on her image.

How Does Cognitive Therapy Help Depression?

Increased coping skills makes sense regarding symptom reduction because those with depression frequently engage in fewer self-care activities. This tends to cause a depressive cycle: feeling bad causes you to not take care of yourself which increases negative feelings causing less ability to take care of the yourself. Increasing coping skills reverses this cycle.

Why Do You Use Social Media?

The primary motivators for using social media is to either connect socially with others or to feel more important. Those who focus more on how many friends they have or showing how exciting a life they lead by posting a lot of photos are more likely to have a power motive whereas those who spend more time on social media tend to have an affiliation motive (Heser, et al., 2015).

The problem arises when a person needs the external validation and does not receive it. For instance, those who are on Facebook for social connection may be vulnerable to negative moods if the interactions are negative. Likewise, those who need validation but don't receive encouragement or recognition may feel worse about themselves.

The message is to not rely on social media to meet your needs but use it as one method among many to increase social interaction and feelings of self-worth. If it doesn't feel good, don't do it.

Question: I'm an adult child living at home. My mother makes me so angry but she is always so nice about it. She'll tell me, "Honey, we're trying to treat you like an adult, but you're not thinking this through and making good decisions." Anything I try to do she finds fault with but she does it in a nice way, "Are you sure that is what you want to do?" I don't choose the right career. I can't eat right. I can't spend my time in the right way. Why can't I just make mistakes and learn from them? It's my life! If I get angry, she's just clueless and claims, "I'm just trying to help you become independent."

Do You Seek Reassurance of Love? That Might Be Okay...Unless...

Interestingly, though, researchers Evraire and Dozois (2014) showed that insecure forms and secure forms of reassurance-seeking may exist. In other words, just because you ask “Do you love me?” doesn't mean that you are insecure and likely to have depression. Some people seek reassurance while feeling good about themselves and the relationship—such reassurance-seeking tends to reinforce these good feelings.

The problem appears to be when reassurance-seeking is for the purpose of feeling better about yourself. Doing that is usually related to insecurity and fear of abandonment. These underlying core beliefs appear to determine whether depression is present and if the reassurance-seeking cycle will occur leading to increased depression.

“Every day, thousands of advertisements tell us that people are happy, worthwhile, and successful to the extent that they have money, possessions, and the right image. Yet numerous philosophic and religious perspectives across both time and culture have suggested that focusing one’s life around the acquisition of money, possessions, and status saps one’s spirit and undermines one’s quality of life (Dittmar, Bond, and Hurst, 2014).”

Analyzing over 250 studies, Dittmar and colleagues show fairly conclusively that pursuing materialistic desires is associated with reduced overall well-being in a number of ways: 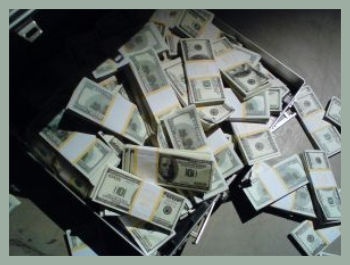 1) Compulsive spending. Perhaps the most obvious, people who are materialistic engage in compulsive spending defined as an obsessive focus on unnecessary purchases believed to make them happier. However, since possessions are not associated with happiness, they continue to buy more and more in their pursuit of happiness.

2) Risky behaviors. Those who are materialistic tend to engage in other compulsive behaviors that are a risk to physical health such as smoking or drinking. This may be consistent with looking for something outside of themselves to make them feel good.

3) Negative self-appraisal. Materialism is associated with increased insecurity and lower self-worth. Instead of valuing the self, they believe possessions, money, or status give them value.

5) Poor physical health. Individuals who are materialistic have poorer physical health most likely due to the focus upon external methods to make them happy rather than focusing on themselves.

7) Lower life satisfaction. Overall, those who are materialistic are less satisfied with their lives.

These findings are consistent across gender, age, race, culture, and socio-economic status. Thus, research clearly shows that the pursuit of money, possessions, and status does not make people happy.

How can you increase happiness and satisfaction in life? Read my article “The Secret of Happiness: Let it Find You (But Make the Effort)” for more information.

Examining how forgiveness in marital relationships affects heart health, researchers Fincham and colleagues (2015) showed that forgiveness has a greater influence than blood pressure medications and aspirin.

Obviously, forgiveness is not meant as a substitute for medications, but this research indicates that cultivating an attitude of forgiveness can be an important adjunct. If forgiveness is already in your nature, developing a more forgiving attitude may not have much impact, but if you have trouble forgiving, it may help your cardiovascular functioning.

One way to develop a forgiving attitude is the Loving-Kindness Meditation.