Can Being Shy Affect Your Well-being and Relationship? Yes, but It Depends...

Generally, research has repeatedly shown that people who are shy often experience lower well-being and insecurity in relationships. Yet, for those who have secure attachment, shyness doesn't affect the quality of their relationship or overall happiness in life (Rowsell and Coplan, 2013). 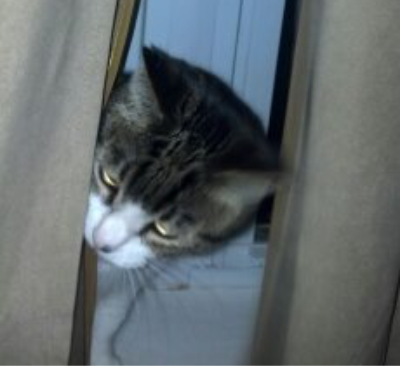 What does this mean?

In my opinion, the researchers are mixing social anxiety and the personality trait of being introverted. I think this is a common bias in research about shyness which confuses the results.

Although being introverted may often be associated with social anxiety and shyness, it is not the same concept. Being introverted is a preference for being alone vs. being with people. Many people who are introverted are socially adept and can even enjoy being social, but their preference is to be alone or just with small groups or other individuals.

If you notice, this description of introverts/extroverts has nothing to do with being socially anxious or shy. In fact, there is no value judgment of which one is better—they are just different styles.

Thus, I think this research is really about the difference between those who are securely attached in relationships and those who are not. In other words, insecure attachment affects overall well-being and the quality of the relationship.

To assess whether you are securely attached, you can take the questionnaire Measure of Attachment Qualities.

10 Everyday Frustrations and a Mindful Attitude

Frustration often is not only unnecessary but also may interfere with successful resolution of problems. If nothing else, a mindful attitude is healthier for you than feeling agitated.

1) Being late. When you are running late for a meeting or work, will you get there any faster if you are frustrated or feeling hurried? Choose your focus. You will get there just as quickly with a mindful attitude.

3) Someone makes a request of you. Sometimes people are frustrated by requests that distract from their present purpose. Let's say you are practicing your mindfulness and your spouse asks you to find something. What an irony if you get frustrated, right? Instead, choose to continue to practice mindfulness while helping your spouse.

5) Rudeness by strangers. When strangers are rude such as when you are cut off in traffic or someone gets service before you, frustration only hurts you and is not likely to solve the problem. Maintain your mindful focus: “I'm not going to let minor irritations take my mindfulness away.”

6) Stopped in traffic. When you are stopped in traffic you are not going anywhere no matter how frustrated you become. Why not take it as an opportunity to practice your mindful attitude?

7) Paperwork. A common frustration is the avalanche of seemingly mindless paperwork in modern day society. However, you can make a mindless activity mindful by choosing your focus. Instead of feeling agitated just refocus back to the process of completing the paperwork—step by mindful step.

10) Electricity outage. What better time to be mindful?

Notice that what most of these everyday frustrations have in common is they are uncontollable. When something can't be controlled, why not be mindful?

Question: I'm working on my issues with jealousy. I try not to share my jealous thoughts and feelings with my girlfriend, but what do I say when she asks "What's wrong?" If I answer "I'm trying to work through some things" she demands to know what it is about and then we end up in an argument about the jealousy. What should I do?

EVENT: Valentine's Day fell on weekend fiance had son and he decided to celebrate on a different day.

THOUGHTS: “Valentine's is a special day and he could get a babysitter for his son this one time. Doesn't he even care about hurting my feelings? He is so inconsiderate! It is so unfair that he puts his son before me. I think I'm pretty understanding usually but this is Valentine's Day and he should spend it with me.”

HOW CAN YOU CHANGE THE THINKING? What is another way of thinking about the situation that won't cause the feelings of rejection, hurt, and anger?

Why You Need to Write to Challenge Thinking

That doesn't mean you can't change your thinking, however. It just means that you need to create an automatic pathway that competes with the original pathway. However, when you try to do this by thinking about your thinking, the original pathway tends to assert itself and take over. Therefore, the best way around this is to start by developing a completely different pathway using a different sensory input (instead of thought, use the tactile modality of writing).

By writing your challenging thoughts, you are creating a different pathway in the brain that can then compete with the original pathway. Once you have established this pathway, then you should be able to use it without having to write. But at first you need to write even if you are repeating yourself—at least write the challenging thoughts.

By the way, using other sensory modalities could also work. For instance, saying the challenging thoughts out loud (unless you usually say the negative thoughts out loud). I suggest writing because most people do not write down their irrational thoughts as the primary method of reviewing them.

(Note to researchers out there: based on this principle, would it be best not to write down the irrational thoughts repeatedly—could they be inadvertently reinforced? I haven't seen this question researched.)

Question: How do you respond to the following statement? "Wow, for someone really well read, you watch the stupidest TV shows!"

New Article: 5 Common Microaggressions Against Those With Mental Illness

Although overt discrimination such as occupational inequities has been opposed through legislation such as the Americans With Disabilities Act (ADA), these types of microaggressions still plague those with mental illness. Microaggressions are subtle behaviors or reactions that diminish the recipient in some way.

The problem with microaggressions, similar to indirect passive-aggressive behavior, is the behavior is often so subtle that the perpetrator can easily deny the intention or even blame the recipient. Sometimes the perpetrator may even be unaware of their underlying attitudes that are being expressed in this subtle manner. However, the recipient is very much aware of the difference in how they are treated.

2) Assumption of inferiority. Intellectual, incompetence, and not having control.

What is the Difference Between Mindful Acceptance and Emotional Suppression?

Although both mindful acceptance and emotional suppression reduce the intensity of emotions, some critical differences can influence your overall mental well-being.

1) Feeling vs. Not Feeling Mindful acceptance involves experiencing the emotions for what they are whereas emotional suppression tries to ignore or eliminate feeling the unpleasant emotions. However, emotions provide information that help us manage our lives. When we ignore the emotions, we lose this important information. For instance, someone becoming involved in a new relationship ignores the emotional “red flags” indicating potential problems and continues in a bad relationship wondering why they always seem to pick the wrong person.

2) Reduced reactivity vs. Increased Distress Often confusing to those inexperienced with mindfulness and emotions is the idea that mindful acceptance of emotions actually leads to reduced intensity and reaction to emotions overall whereas emotional suppression can lead to increased distress, anxiety, and depression. It seems intuitive to people that since emotions can be so unpleasant, not feeling negative emotions should lead to increased contentment. But the opposite is true. The mindful experience of emotions leads to decreased reaction to emotions and greater mental well-being (Teper, R. and Inzlicht, M., 2014).

3) Long-term Results vs. Rebound Effect People suppress emotions because they don't want to feel the discomfort. Yet, what occurs is more discomfort over time because of the rebound effect of the suppressed emotions. The rebound effect means that when emotions are not addressed they will be experienced more intensely or over a longer period of time. For example, a woman who is angry about her partner going out with friends too much but suppresses the anger rather than stating the problem and addressing it is more likely to be distressed not only about this situation but every situation that reminds her of it. As a result, she experiences the emotional reaction over and over, perhaps becoming angrier each time. Not wanting to deal with the discomfort of the potential conflict causes her ongoing distress and unpleasantness.

To sum it up, learning to develop a mindful acceptance of emotions can lead to a long-term reduction in the intensity of emotions. The Understanding Mindfulness series of audios (with transcripts) free to download can provide more information about developing mindful acceptance.

A common complaint women have about men is that they seem unaware of others' emotions. Women tend to spend a great deal of time thinking about how others' feel and how they might react. Many women are disappointed that men don't consider others' feelings in the same way.

Interesting, researchers Wlodarski and Dunbar (2014) found that when men were shown pictures of their loved one and to recall early memories of the relationship, they were more capable of discerning a variety of emotions, but particularly negative emotions, of other people. Why might this be? The researchers speculate that men who are in love think more about the emotions of their partner than they normally reflect upon emotions. Thinking about their partner triggers the part of the brain focused on identifying emotions which made them more accurate on an emotion recognition task.