Reality TV Distorts Beliefs About Others
by Monica A. Frank, PhD 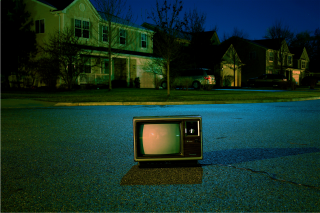 Although reality TV production companies may film hours of social interaction, the show is only only likely to be successful in ratings if it emphasizes the scenes of conflict, emotion, and negative behavior because viewers enjoy the voyeurism. However, entertainment is not the only outcome of this genre. Research shows that the type of reality TV depicting people living their so-called “real” lives can have a distorted negative impact on how people view others (Riddle and Simone, 2013):

1) Negative views of women. Those who watch reality TV are more likely to believe that women engage more frequently than men in negative relationship behaviors such as verbal aggression and gossip.

2) Conflict. They tend to overestimate conflict and discord in relationships believing that affairs and divorce are more common than statistics show.

3) Sexual behaviors. They also overestimate behaviors such as sex on the first date or having multiple partners.

Why should reality TV be of concern?

People are more likely to adopt behaviors if they believe they are normal (Bandura, 2001). As a result, the more popular reality TV is, the more it begins to shape the culture and behaviors. Of particular concern for cognitive therapy is that viewers learn irrational thinking with real-world behavioral consequences. For instance, they may be more likely to resolve problems by engaging in arguments and manipulation. Reality TV viewing may foster an environment of conflict, chaos, and confusion rather than happiness and well-being.