The Influence of News Commentators
by Monica A. Frank, PhD 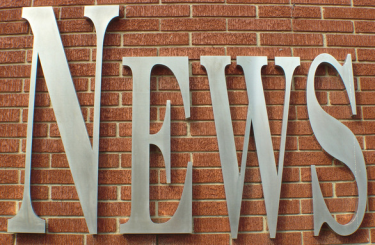 How much are people influenced by news commentators' opinions? What if it is clearly stated as an opinion and not based on evidence?

Why does this matter? When people trust the source of their news they may be more influenced by those opinions. If people accept news commentators opinions as fact then they may change health behaviors unwisely. Sometimes this could be harmful.

For instance, when news sources reported on a study in 2015 indicating that saturated fats were not linked to higher risk of heart disease, one major news source included a sidebar saying “Eat more butter.” This statement was a false representation of the researchers' conclusions. However, such a prominent statement accompanied by a research source makes it more believable to the public. Not only that but many people only read a headline and the sidebar. This type of advice could endanger some people.

Researchers Amber Gaffney and colleagues (2016) questioned: “If people have trouble distinguishing whether Colbert is a serious newsman, whether Dr. Oz is providing an opinion supported by scientific testing or mere paid endorsement, do they understand when people such as Bill O’Reilly and Rachel Maddow are simply giving their opinion rather than giving a researched and educated interpretation of the news? Do they know to question when news reports make health recommendations without all of the facts?”

To find out, they conducted an experiment in which they presented a news segment from 20/20 that had been doctored to provide biased evidence regarding the common cold. Some people were told at the end of the segment that it was opinion and others told that it was based on research. The results showed it didn't matter if people were warned that the segment was opinion. Under both conditions they were more likely to change their opinion to agree with the commentator.

How can the public not be unduly influenced by opinions when they are constantly bombarded by TV, internet news sources, and social media? It is doubtful the public can be protected because it is human nature to be swayed by a trusted source.

As an individual, however, you can choose to be more skeptical of what you read or hear. Personally, I find the influence can be so powerful that the best protection is to avoid watching or reading anything I believe is from a biased source.

I probably should clarify, though, since just about everything is biased in some way. For instance, when I choose what to write about in my PsychNotes, it is based on my own biases and agenda. Even though I might consider that agenda benevolent, others may not.

Therefore, who you choose to listen to is not about whether you will be influenced but about how you want to be influenced.

Does Mindfulness Make You Good? No, but Does It Matter?
What Causes People to Live Longer When They Retire Later? Limitations of Research
Do You Worry When Waiting for Medical Test Results?
Most Kids Ignore Cyber-Bullying
Understanding Research: Colors, Happiness, and Weight Loss
When Health Policies Run Amok and Good Parenting Causes Problems: Peanut Allergies
When Doctors Don't Listen
Women and the Decline of Violence (Part 3)
Are We Evolving? Thoughts on Violence (Part 2)
Violence is Declining (Part 1)
Three Ways to Save on Your Prescription Drug Costs
Advice in Context or Why Diagnosis is Important
What Do the Nuremberg War Criminals and Facebook Have in Common? Human Experimentation Without "Informed" Consent
Is the Wall Street Journal Suggesting That Facebook Should Discriminate Against Those With Mental Illness?
What I Could Do If I Were Facebook: Would This Be Acceptable to You?
Is It Okay to Profile Those on the Autistic Spectrum?
Lies, Damned Lies, and Statistics
How Playing Violent Video Games Affects Your Children
Drug Companies to Profit From Grief? An Opinion