The concept of mindfulness while experiencing discomfort and how that can reduce suffering is a confusing one initially. This audio explains the concept and describes how to proceed with the next step of mindfulness practice.

This audio download is the second of a series of audios to explain mindfulness in greater detail. For your convenience, the transcript of the audio is included. It is best to use the Understanding Mindfulness audios in order and practice the methods before proceeding to the next step.

The concept of mindfulness may seem very simple on the surface. However, many people may quit practicing mindfulness because they don't fully understand it. This series of audios will help you understand it more fully. In addition, they describe how to use the practice audios on this site.

This audio download is the first of a series of audios to explain mindfulness in greater detail. For your convenience, the transcript of the audio is included. It is best to use the Understanding Mindfulness audios in order and practice the methods before proceeding to the next step.

This ten minute audio focuses on increasing the feeling of energy and strength in the body. This audio has several purposes. It can assist people who tend to have problems with fatigue or low energy. Also, it can aid with a more positive focus regarding the body.

This can be an excellent audio for athletes who need to pump up their energy. It can help them focus on feeling the physical strength of their body and prepare them for their sport.

This audio is an eight minute mindfulness method to help you wake up from sleep with a focus on feeling energy. Mindfulness is a state of mind in which you focus completely on your most immediate experience. In this exercise, the focus is on bringing energy into your body with each mindful breath and focusing in a positive way on your day.

When doing any mindful exercise, it is important to very gently bring your focus back to your experience if distracting thoughts occur. Do not try to get rid of the thoughts because that interferes with mindfulness. Instead, just gently refocus back to the exercise.

PsychNote: CAN FACEBOOK MAKE YOU MORE ANXIOUS WHEN MEETING SOMEONE? 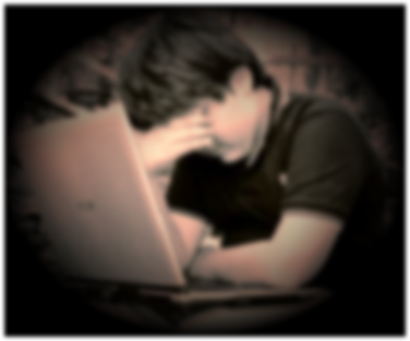 person may avoid much social interaction and isolate. When it impacts the lifestyle to a serious degree it is known as Social Anxiety Disorder.

One of the premises of behavioral therapy for social anxiety is that gradual exposure to social interaction can lead to a reduction in anxiety. However, the exposure may be best when linked to some change in thinking such as “Comparing my insides to other people's outsides isn't fair to me.” This thought refers to the idea that you only see what people want to show you and you don't necessarily know what is really occurring in their lives. Therefore, comparing how you feel inside with what you see of other people isn't a fair comparison.

What Should You Do If You Have Social Anxiety?
This research indicates that just viewing other people's Facebook posts without some sort of restructuring of the thinking may only reinforce the irrational comparison: “Look at how these people have it all together. I'm nothing compared to them.” Therefore, this research indicates caution with the use of Facebook for people with social anxiety. At the very least, if a person wants to change thinking about interacting with others, he or she needs to challenge the irrational assumptions that occur when viewing Facebook.

Practice mindfulness many times throughout the day with your different activities. If your mind wanders, gently bring your focus back to your immediate experience.

The audio is for guidance only. This exercise focuses on doing aerobic exercise to exhaustion. This is a good exercise to practice the mindful experience of discomfort and just "being" with the changes that occur in your body as you exercise and afterwards as you relax.

Practice mindfulness many times throughout the day with your different activities. If your mind wanders, gently bring your focus back to your immediate experience.

This exercise focuses on experiencing when you are drifting off to sleep. It may seem odd to be aware when your awareness is decreasing, but it is an interesting experience. Some people find it even helps with falling asleep.

Question: At my wedding my husband told a story about how he knew he liked me. He said I am a smart girl but I came to him to ask a work-related question. He also said I put my boot on the desk and asked if he liked them. I did ask but what he didn't tell everyone was that I was sitting at my own desk and they were modest ankle boots that I wore with bootleg slacks. I don't recall asking in a flirtatious manner but really as a concern because I wasn't sure I liked the boots as they were pointy and reminded me of an elf's boots. I didn't bother to say anything because I thought it was an entertaining story whether true or not. The next day my father suggested I was inappropriately promiscuous and demanded to know exactly how my relationship with my husband transpired! When I asked my husband to deal with him, my father said to my husband “between you and me I don't want it to go any further but she had problems coping with work.” He also suggested he understood that my husband was helping me with work because I had problems indicating something inappropriate was happening. When I complained to my mother that dad was making up things my mother told me I argue with my father because I am just like him. Also, on the day of my wedding my father was teasing my mother with my wedding vows. I had given them the celebrant's program so they would know when to stand and give me away. On the day, they sat like stunned mullets and had to be prompted more than once to answer. I got angry at my mother for allowing my dad to use my program to tease her. She complained to my aunty that I gave her grief. It was one drama after another to do with really petty things. Almost all of it rumors, innuendo and lies from my father and my mother blaming me.

EVENT: I contacted my friend to remind her about lunch and she sent back a "snippy" email saying she had already told me she would be there.

THOUGHTS: “She sounded like she was mad at me. I don't know why she has to be so rude. I don't understand what I did wrong. But I'm sure it is me. I'm always so awkward socially. Maybe I should have checked my emails before contacting her.”

HOW CAN YOU CHANGE THE THINKING? What is another way of thinking about the situation that won't cause the feelings of being hurt and embarrassed?

PsychNote: WHAT COULD BE MORE MINDFUL THAN A CAT WATCHING BIRD VIDEOS?


I thought I would share this cute video of my cat, Tasha, watching bird videos. When I'm working on my website or apps and I'm not needing the second monitor, I put a bird video on for her and she'll sit and watch intently for an hour or more. If only we could be so mindful!

Since mindfulness is such an experiential process, it is difficult to explain the nuances verbally. However, I am developing several audios about understanding mindfulness. The first two should be on the website in the next couple weeks. I'll keep you posted.

As can be seen in the article, “Violent video games may be tied to aggressive thoughts” in Reuters, the question of how violence in video games can affect children is controversial. However, a more recent meta-analysis (Anderson et al., 2010; see description below) shows strong evidence for a negative impact on children. In particular, this multi-cultural research examining 136 studies with over 130,000 subjects found that children who play violent video games are more likely to have aggressive thoughts and emotions as well as aggressive behavior. In addition, these children show less pro-social behavior; they tend to be less empathetic or concerned about others. 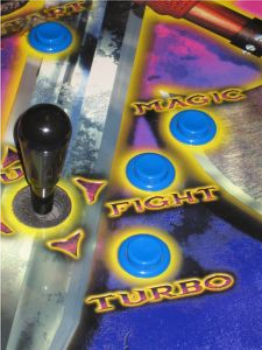 In my opinion, the topic of violent video games is a much more serious public health discussion than gun control or illicit drugs. It may even be a precursor to problems with crime or drugs. However, it doesn't seem to get near the attention. The reason I say this is a critical issue is because violent video games are almost a normal part of our culture, without proper supervision children have easy access to them, and they directly influence the developing mind. If we want to change the degree of violence in our culture, we need to examine how young minds are shaped. Perhaps the reason the impact of violent video games on children remains controversial is that video gaming is a multi-billion dollar industry that can influence the public discussion.

Some of my readers (who know I have a black belt in Kenpo) may wonder how I can advocate martial arts for children and yet be concerned about the violence in video games. The difference is that most martial arts programs for children are pro-social. In other words, they teach children how to solve problems non-violently while also teaching them to have self-discipline and confidence in their skills to protect themselves. Of course, this depends upon the type of martial art and how it is taught (Vertonghen, J. and Theeboom, M., 2012). I believe from what I have observed that martial arts help children develop greater self-control over aggressive tendencies.

What is a meta-analysis of research?

However, even meta-analyses can be biased because they often involve the selection of studies based on the quality of the research which is a decision made by the researcher. However, due to the controversial nature of the relationship of aggression and playing video games, Anderson and colleagues (2010) selected all the studies, published and unpublished they could find and used statistical analysis to assess any differences based upon the quality of the studies. This meta-analysis was in response to previous meta-analyses by Ferguson (2007a, 2007b; Ferguson & Kilburn, 2009; also, quoted in the Reuters article down-playing the connection between violent video games and aggression) concluding that the connection between aggression and video games suggested by research was due to publication bias which is the tendency to publish only positive results and not negative results. Anderson and colleagues analysis refutes this conclusion.