Conflict Resolution: What if You Considered Other People's Views?

The first reaction most people have to a difference of opinion, values, or perspective is to focus on defending their own viewpoint. Whether the conflict occurs in a relationship, in a social or work group, or even between countries, the initial reaction is “I'm right and the other person must be mistaken.”

Defending is often viewed by the other person as belittling their position. Sometimes defending a position is overtly derogatory by believing the other person is biased, self-serving in some way, or woefully misinformed. As a result, many disagreements result in a “spiral of conflict” rather than cooperation. Each side is focused more on proving “rightness” than on resolving the problem.

The pressure to conform to views occurs even more strongly when a person is part of a group than when they are not. For instance, a family may expect other family members to agree with their views or be subject to ridicule, criticism, or hostility. This is often referred to as the “black sheep effect (Sammut, et al., 2015).” Read more... 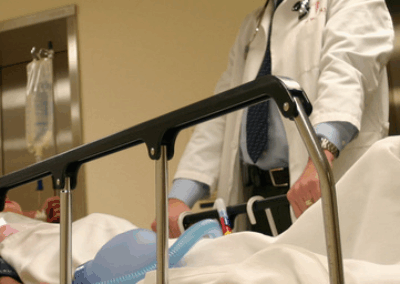 Have you ever had a medical situation where you understood your body and what you needed better than your doctor but the doctor wouldn't listen to your needs? Unfortunately, such scenarios happen too often. A particular issue for many people with mental illness is that physical complaints or anxiety about medical treatment is viewed by health professionals as part of the mental illness and not taken seriously.

Even in situations where guidelines exist for the medical professionals, communicating the proper information can sometimes be difficult. My husband, for instance, couldn't get medical staff to understand his serious adverse reactions to certain medications so he just started listing them when asked, “Are you allergic to any medication?” even though he wasn't technically allergic to the medications. By doing so, however, the staff seemed to understand but usually didn't follow-up for more information. Best medical practices indicate that the question about allergies should include “adverse reactions” as well as determining the type of reaction (Lyons, et al., 2015).

Interviews with diabetics educated to self-manage their disease showed that many had difficulty explaining their training to doctors who wanted to handle treatment differently especially when hospitalized. Diabetics who know how to manage their blood sugars wouldn't be allowed to self-control in the hospital (Snow, et al., 2013).

In our health care climate today, doctors are overworked with more documentation demands so it seems that the aspect of patient care that suffers is truly listening to the patient. As a psychologist examining the report regarding diabetics' communication with their doctors, I concluded that more attention to assertively communicating their needs could have helped improve the interactions. Certainly, it would be best if medical professionals were better trained in collaborating with patients, but patients need to be prepared when the ideal situation doesn't occur. Read more...

Mindfulness: What's in a Name?

When we are talking about mindfulness, we are often referring to several different aspects of mindfulness. Depending upon each individual's needs, the practice of mindfulness may look very different which can lead to confusion about what mindfulness is. “Simply put, some researchers, clinicians and Buddhist scholars have suggested that mindfulness...has been altered from its traditional Buddhist construction to such an extent that it is inaccurate and/or misleading to refer to the resultant technique as ‘mindfulness’ (Van Gordon, et al., 2015).”

When working with clients I recognize they have various needs. Some just want to feel better and need some tools to help with that. Some need to learn to tolerate uncomfortable emotions. Others need a new approach to life or a change in perspective. However, when using a mindful approach to each of these goals we refer to it as “mindfulness” which can be confusing when trying to explain or define mindfulness. To reduce the confusion, we need to have clearer terms: Read more...

Efficiency: Determining the Difference Between Perfectionism and Striving for Excellence

The primary problem with perfectionism is that it reduces efficiency. This leads to the conclusion that if you are trying to be perfect in a way that makes you more efficient, then you probably aren't being perfectionistic. In other words, it isn't the striving to be perfect that is the problem, it is whether it interferes with your life. Such interference can occur in several ways:

1) Takes longer to complete tasks. When a person is worried about making mistakes they tend to be slower in completing tasks because they may be excessively precise or need to check their work repeatedly. By doing so, they become less efficient in their work. Read more...