Passive-Aggressive Example: Why Does My Husband Want a "Reward" for Hurting Me?

Question: Best article on passive/aggressive. Wish I read this 27 years ago. Didn't know what I have been dealing with. Why does my husband want a "reward" of seeing me hurt, upset, put down? Is this sick behavior learned from watching his parents? Will he ever "want" to treat me nice? Or is he incapable? I just want a husband who loves me and acts like it. I have been telling him for years his behavior is emotionally abusive, but he cant seem to stop. Why? Why is his reward to see me unhappy? 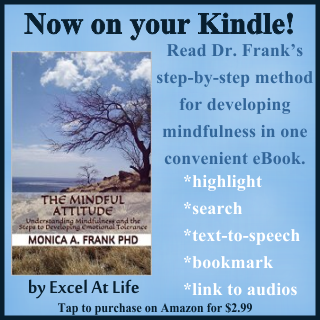 At the age of 19 when I first learned about Maslow's concept of self-actualization in Psych 101, I thought, “It must be pretty boring to be self-actualized.” Under the mistaken impression that complete acceptance of the self and the world corresponded with a lack of passion to change the world, I wanted no part of self-actualization. At the same time, however, being at peace with the self intrigued me. And so began my search which led to a study of psychology, training in the martial arts and tai chi, and finally, an understanding of mindful awareness (to me—a synonym for self-actualization).

In the same way as I did, sometimes people get the impression that mindfulness is passive, mindless acceptance. They equate it with “blissing out”--a euphoric, contented state in which consciousness of the surrounding world is lost. This feel-good internal state, similar to some drug highs, is pursued as a way of escaping from the world and is erroneously considered happiness by some: “As long as I'm happy, who cares about anything else?” Read more... 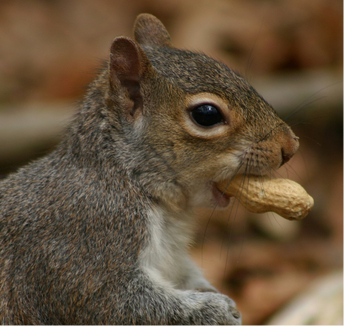 You may have heard that peanut allergies in children are on the rise. The U.S. and the U.K. developed health policies to protect children from this life-threatening allergy. Good parents followed the public health policies recommending the avoidance of peanuts in the first years of life. But peanut allergies continued to increase at alarming rates--doubling in the last 10 years in Western countries.

Everything from chemical toxins to caesarean sections to vaccinations and genetically modified foods were blamed for the increase. The more public health tried to eliminate the problem by advocating avoidance of peanuts in the early years of life, the more it increased.

Finally, we have some answers that many people with common sense had already reached! Read more...

What Are Reasonable Goals?

Goals need to be carefully assessed to determine they are what you want to do, not what you should do. Unreasonable goals cause increased stress. By eliminating the “should” goals, you are more likely to develop reasonable goals.

Some people believe we have to have “shoulds” so as to do what is required of us. But that is a dismal view of humanity because it implies people only do what is necessary because they must. In contrast, I think that most “shoulds” are either unnecessary or have an underlying desire. For instance, a parent might believe that he should make breakfast every morning for his children. However, this may actually be a desire: “I want my children to eat a healthy breakfast.”

When you think of something as a demand it feels more stressful. When you think of it as a desire you feel better about yourself. Try it out. Take a should and reword it into a desire and see how it feels when you say it out loud: “I have to make breakfast for my kids” vs. “I like making breakfast for my kids because I know it starts out their day in a healthy way.” Usually the body feels different physically just by thinking of something in a different way. Read more...

The Physical Toll on Empathetic Parents and How to Find Balance 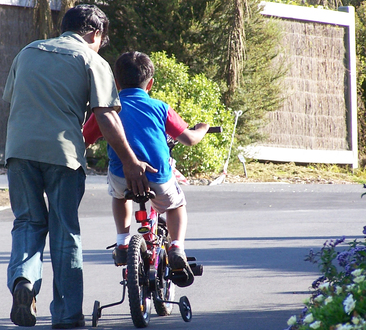 I once asked a client, “Would you rather be an emotionally sensitive person and have an anxiety disorder or would you rather be less compassionate and concerned about others?” Understanding that being emotionally empathic may come at a cost she preferred to be as she is. Such is true of most empathetic people—caring deeply about others, they are willing to sacrifice their own physical well-being even if they have a choice.

Parents who are empathetic have better relationships with their children. In addition, children of such parents are less likely to have depression or aggressive behavior and have a greater ability to empathize and manage their emotions in healthy ways. They also have lower levels of inflammation indicating they are likely to be more physically healthy. The parents experience psychological benefits likely due to feeling good about their parenting and having a sense of satisfaction and pride. However, the physical cost is greater for these parents. They show signs of chronic inflammation which may result in more stress-related illnesses (Manczak et al., 2015). Read more...

Culture often determines mental illness. If the majority of people experienced mania, it would not be considered abnormal. Instead, it would be the natural functioning of human beings. So, when 98% of our youth post selfies, why do we see it as a potential problem? Researchers look at this phenomena with the viewpoint that many had when rock and roll first burst onto the scene. It was new, loud, and different, and therefore, unnatural. Older adults viewed rock and roll as perverse, as the destruction of the youth and society. Read more...

Is It True that Parents are Less Happy than Non-parents?

You may have heard reports in the media stating that non-parents are happier than parents. However, that is a simplification of the true nature of this question. The answer is much more complex and depends on a number of factors (Nelson et al., 2014).

1) Child problems. When parents experience more frustration or worry related to their children they report lower levels of happiness. Such negative emotions may be particularly associated with problems the child may have or if the child has a more difficult personality style.

2) Strain. Under certain conditions children cause increased strain including physical, financial, and marital. For instance, younger children and children with problems may increase sleep disturbance in parents causing greater fatigue. In addition, parents may have less quality time for one another and more conflict due to disagreements over children. Read more...

Parents have good intentions and want to help their children become the best they can be. However, indiscriminate praise is not the way to help children. In the video “How To Help Every Child Fulfil Their Potential” Carol Dweck explains how praising intelligence creates a fixed mindset in children which causes a pattern of avoidant behavior. Children with a fixed mindset wish to avoid mistakes and do not seek out challenges due to fear of failure. Read more...

How to Succeed at Goals (or Why Goals Fail)

When people first make goals, they visualize success. When you initially develop your New Year's goals, whether it is days or hours in advance, you think about what you want to achieve and how you will achieve it. You envision succeeding. No one sets goals thinking "I can't do that." They set them with hope and a picture of what success looks like.

When people fail at achieving goals, what has usually changed is the internal image. Instead of imagining success, they are visualizing failure. “This is too hard—I can't do this.” Think of the last time you didn't achieve a goal you set--somehow your image became negative. Read more...