Escaping the “Rubber Fence" Family
by Monica A. Frank, PhD 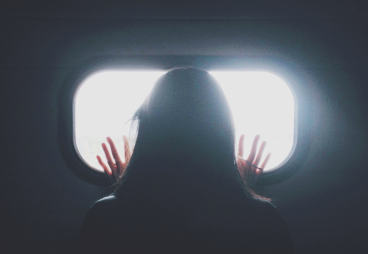 Family dysfunction comes in many forms and sizes. As a therapist I cringed when I heard people insist how “close” their family is. Not that there is anything wrong with being close. No, it is the forceful insistence of describing their family in such a way. When people adamantly describe their family as “close” it often seems to come from a family demand:

“I always wanted to be an archeologist but it would take me away from my parents. We're very close, you know.”

“That sounds like fun but I can't go. My family is very attached—we have dinner together every week. I need to keep Sundays open for them.”

“My family doesn't think I should take that new job. Even though it pays more and would be interesting, they don't like the idea of all the travel.”

“I can't marry outside of my religion because my family would be disappointed. It doesn't matter how I feel—I don't want to hurt them.”

Families with good relationships do not demand “closeness” of its members although strong ties may exist. A truly “close” family wants all of its members to thrive even if that means being apart, having different beliefs or values, or pursuing a different path in life.

In these situations a person who wants something different than the family is made to feel wrong, bad or like an outcast if they pursue something the family doesn't approve. I've had numerous clients who were not criminals, drug addicts or in any other way harmful to themselves or others who stated “I'm the black sheep of the family.”

What are these family norms?

These norms vary from family to family. Some of the common ones include:

1) not getting married or otherwise living the “approved” lifestyle

2) having a different kind of job or level of education

3) having different interests or a different personality

4) not having the same religious or political beliefs

How is the rubber fence maintained?

1) “Closeness” as a demand. The family insists they are close and expects it of all family members. “You should love your sister, she's family”--even if the sister mistreats and betrays family members.

2) Criticism. The individual is criticized if s/he violates any of the family norms. “Where have we gone wrong?” when the family member expresses a different opinion.

3) Family is first. The family doesn't allow the pursuit of individual dreams if it means being away from the family. The person will often feel trapped in the family because s/he is unable to pursue personal desires.

4) Guilting. If a person tries to pursue individual needs, the family uses guilt as a way of control. “You don't know how many more holidays we will be together. How can you possibly want to spend the time with your friends?" However, “guilting” can also be more subtle such as nonverbal methods like sighing.

How do you break through the rubber fence?

Some people believe the only way to escape the demands of the rubber fence family is to move far away. However, distance doesn't seem to make a difference to such a family. You are being controlled as long as you don't feel capable of or safe standing up for yourself. As such it is also likely to impact other relationships.

1) The first step to breaking through the rubber fence is to recognize there is nothing wrong with you if you want to be apart from your family or you believe something different from your family. In fact, challenging the beliefs that you grow up with is part of achieving a healthy identity.

2) Most families won't reject family members even if they show disapproval so realize that you are not going to lose your family if you choose something different. However, if a family will reject you for being different, then you really don't have the close family you believe you have. Instead, it is a controlling, demanding family that doesn't care about you as an individual.

3) Don't let the family labels control you. You don't have to belief what the family tells you about yourself. “She's the headstrong one” can become your badge of honor rather than a criticism.

4) Assert yourself calmly and as often as you need to. Over time it will become easier to do so and eventually your family is likely to accept you as an independent adult.

I've often found that when working with clients from a rubber fence family that as therapy helped them to improve, the family would start criticizing me as the therapist and demand that the individual stop seeing me. I usually took this as a good sign because it meant my client was asserting him/herself and was not being controlled by the family demands. However, many of those families came to realize I was not trying to take their family member away from them and they often began to not only support therapy but even ask for my advice. So, if your family initially becomes more demanding and critical, it probably means you are successfully breaking through that rubber fence. By doing so, true closeness can be achieved in some families when they realize that differences don't have to destroy the relationships.