Do You Have Too Much Empathy?
by Monica A. Frank, PhD 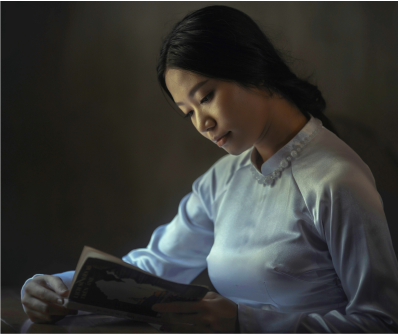 I just discovered why I can't stand literary fiction or TV dramas—you know, the kind with complex characters that describes the pain, suffering, heartbreak, grief as well as the love, joy, and excitement of life. I mean, I already knew that it was related to being a clinical psychologist and being confronted with all those issues multiple times a day. My job was an emotional roller-coaster without having to bring more into my life. Yet, I still wondered what might be wrong with me that, even though I'm a voracious reader, I would rather go to the dentist than read the latest critically acclaimed literary fiction.

However, a research study (Oatley, 2009) sheds some light on my reading preferences. This randomized study divided people into groups and gave them different types of fiction, nonfiction, or nothing at all to read. Then they measured the groups for empathy. What they found is that those who read literary fiction, which requires developing an understanding of the characters' personality and motives, experienced an increase in empathy. Suddenly it made sense why I don't like that type of reading—I have plenty of empathy and want my fiction to allow me to escape from that degree of emotion.

But that also made me think about a subgroup of anxious clients that I've treated over the years. Frequently they were diagnosed with Obsessive-Compulsive Disorder (OCD) which took the theme of being fearful of hurting other people in some way, either physically or emotionally. Also, many people with Post-traumatic Stress Disorder (PTSD) were extremely reactive to others' emotions. I often noticed these individuals were high in emotional empathy which is the ability to feel what another person is feeling. This is different than ordinary empathy which is the ability to understand the emotions others are experiencing.

So when those individuals are confronted by the emotions of another person, they experience those emotions intensely almost as if they had lived the emotional experience themselves. This can be quite intense and can even lead to feelings of guilt if they could potentially prevent unpleasant emotions but didn't. When people with intense emotional empathy don't understand what they are experiencing and how it differs from normal experience, it can become overwhelming.

Emotional empathy is not a bad thing. For myself, it allowed me to be a good psychologist and a good friend. However, I know I have to contain it but use it when it is appropriate. So I tend to avoid anything that artificially inflates my empathetic response such as literary fiction, televised news, TV dramas, etc. One time I was sitting in a hospital emergency waiting room where a TV was on to the news about a child being sexually abused and I told the staff they either needed to turn off the news or move me to another area--it was way too emotional when I was already in pain from an injury.

People who don't understand this about themselves and who have often been told they are too emotional will tend to think something is wrong with them because of their strong reactions to things that other people manage everyday like watching the news. Part of my work with emotionally empathetic people was to help them understand that nothing was wrong with them. In fact, I think the opposite is true—if more people were emotionally empathetic our world would be a better place. People would have greater compassion and tolerance for differences.

Of course, it takes some level of being able to live in the gray areas of life without certainty because when a person has emotional empathy they may find themselves able to empathize with opinions or beliefs that are different than their own. I often find it hard to take a stand on issues because I can take others' perspectives and see all sides of an issue. However, this can be useful when working with someone with different religious or political beliefs.

It seems once people understand how and why they experience emotions differently than others they can take better care of themselves. They can set limits such as not watching televised news and feel okay about it. They can allow themselves to avoid certain types of situations that may be too overwhelming for them. Instead of telling themselves, “Other people do this without being distressed, I should be able to as well,” they can say “Others don't have the degree of emotional empathy that I do so it is okay for me to be upset or to set limits as long as it doesn't interfere with living my life.”