Antidepressants Do Little for Mild to Moderate Depression
by Monica A. Frank, PhD 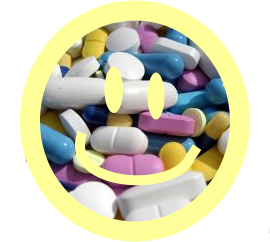 Examining six studies used for Food and Drug Administration (FDA) approval, researcher Fournier and colleagues (2010) compared the efficacy of antidepressants based on the severity of the depression and found that little benefit over placebo occurred for those with mild to moderate symptoms. However, for those with severe depression the benefit was substantial. Unfortunately, to muddy the picture, when pharmaceutical companies obtain approval through the FDA they combine the data for mild to severe depression, and thus, it appears that antidepressants are helpful for any degree of depression.

Interesting. Major Depressive Disorder (the typical diagnosis for moderate to severe depression) affects less than 7% of the U.S. Population and only about 1/3 of those with severe depression are prescribed antidepressants. It is difficult to obtain actual statistics regarding how many people with mild to moderate depression take antidepressants. However, the director of the National Institute of Mental Health, Thomas Insel, M.D. states “The persistence of [such] high morbidity and mortality in the face of widespread use of antidepressants suggests either that the medications are ineffective, or they are not being used by those who need them the most. Indeed, there are data suggesting both underuse and overuse of psychiatric medications (http://www.nimh.nih.gov/about/director/2011/antidepressants-a-complicated-picture.shtml).” In addition, he indicates that over 80% of antidepressant prescriptions are written by primary care physicians and many without an associated psychiatric diagnosis.

Why should you be concerned? If you have mild to moderate depression, you need to consider that antidepressants come not only with significant potential side effects (weight gain, loss of sexual desire, fatigue, sleep disturbance, constipation) but also the development of a reliance upon the medication so that it becomes difficult to discontinue medication without a return of depressive symptoms as well as unpleasant withdrawal effects. Do you want to take such a medication when it has little benefit for you? Note: If you are already on antidepressants, do NOT discontinue the medication without your doctor's guidance (due to the serious withdrawal effects).

Why does it seem that many people with mild to moderate depression swear to the benefit they receive from antidepressants? Because they are experiencing a strong placebo effect. A placebo effect occurs due to the belief that medication is effective and that belief causes a reduction or elimination in symptoms even when a person is taking a sugar pill (placebo) thinking it is the actual medication. Interestingly, according to Dr. Insel, the placebo effect has become even stronger in the last two decades but they don't know why. I would posit that the reason the placebo effect has grown stronger is due to the marketing of the antidepressants by the pharmaceutical companies which has caused an associated increase in people's belief in the effectiveness of medication. Therefore, almost all of the effect that those with mild to moderate depression are attributing to antidepressants is actually a placebo effect (Fournier, et al., 2010).

What is the alternative? For people with mild to moderate depression, learning some skills and making lifestyle changes as taught by cognitive-behavioral therapy (CBT) can be much more effective than medication without the side effects.

Copyright © 2015 by Excel At Life, LLC.
Permission to post this article is granted if it includes this entire copyright and an active link.

Mindfulness Practice and Relapse Prevention When Using Anti-depressants
Antidepressants Do Little for Mild to Moderate Depression
Want an Easy and Uplifting Health Practice? Laughing Qigong
How Does Cognitive Therapy Help Depression?
Treatment Resistant Depression isn't Resistant to Cognitive Therapy
Does Sadness Cause Depression?
Qigong Can Reduce Depression
Problem with Depression and CBT: It Can Be OverWhelming
Stomach Bacteria and Depression? Really?
Moody? Maybe It's Your Stomach Bacteria
Can Pop Culture Make You Depressed?
Harnessing Happiness When You Have Depression
Does Trauma Cause Depression?
Why Some Girls Are More Vulnerable to Developing Depression/Anxiety When Marital Conflict is Present
Massage: Effects on Anxiety, Depression, and Pain
Grief is Not Depression
Qi Gong Exercise Shown to Improve Mood
CBT vs. Medication for Depression
Exercise Can Help Adolescents With Depression
Are People Who Set More Extreme Goals At Risk for Depression or Mania?