Women and the Decline of Violence (Part 3)
by Monica A. Frank, PhD

In his book, The Better Angels of Our Nature, Dr. Steven Pinker observes from the historical and statistical evidence that violence declines with the “feminization” of society. In other words, as women develop greater influence in a society and are not relegated to subservient or invisible roles, violence declines.

Women have often been thought to be a major civilizing force of society. Ralph Waldo Emerson in the 1800s stated “I have thought a sufficient measure of civilization is the influence of good women.” The impact of women upon the amount of violence in a culture makes sense given the greater emotional empathy that women experience. “Emotional empathy” is the ability to feel intensely others' experiences as opposed to “empathy” which is the ability to understand others' experiences. It is the difference between “I feel your pain” and joining in their tears versus “I understand you are hurting.” 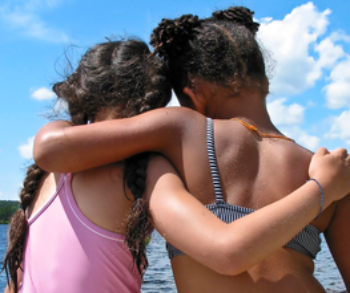 Emotional empathy is believed to be “critical to moral development and justice, thereby acting as a catalyst for societal cohesion and unity (Toussant & Webb, 2005).“ Women tend to feel deeply for the plights of others. Therefore, as women rise in influential roles in society, the importance of cooperation increases and violence declines.

Dr. Pinker indicated in his book that in the past the fixation of men on violence tended to be childlike. As such, violence was focused on immediate reward without full awareness of the implications for the future.

In 2001, Laura Bush addressed the treatment of women in Afghanistan: “Civilized people throughout the world are speaking out in horror — not only because our hearts break for the women and children in Afghanistan, but also because in Afghanistan we see the world the terrorists would like to impose on the rest of us.” Such words show the feminine perspective of not only demonstrating emotional empathy for the subjugated women but also perceiving future consequences.

Thus, women through their emotional empathy for others have the role of civilizing society. It may not be clear whether this directly impacts violence in a society but it is apparently associated with the decline of violence. As George Curtis, an author who spoke in favor of civil rights in the 1800s, noted, “The test of civilization is its estimate of women.”

(As I read this book and other thoughts come to mind, I will continue to share these thoughts in future PsychNotes).


Pinker, Steven. (2011). The Better Angels of Our Nature: Why Violence Has Declined. Penguin Books, New York.

Toussant,L. and Webb, J.R. (2005). Gender Differences in the Relationship Between Empathy and Forgiveness. Journal of Social Psychology, 145, 673-685.

Copyright © 2015 by Excel At Life, LLC.
Permission to post this article is granted if it includes this entire copyright and an active link.

Women and the Decline of Violence (Part 3)
Are We Evolving? Thoughts on Violence (Part 2)
Violence is Declining (Part 1)
Three Ways to Save on Your Prescription Drug Costs
Advice in Context or Why Diagnosis is Important
What Do the Nuremberg War Criminals and Facebook Have in Common? Human Experimentation Without "Informed" Consent
Is the Wall Street Journal Suggesting That Facebook Should Discriminate Against Those With Mental Illness?
What I Could Do If I Were Facebook: Would This Be Acceptable to You?
Is It Okay to Profile Those on the Autistic Spectrum?
Lies, Damned Lies, and Statistics
How Playing Violent Video Games Affects Your Children
Drug Companies to Profit From Grief? An Opinion