Saying “visualize success” sounds somewhat cliché given all the motivational gurus who have hijacked this term to mean “if you believe it, and can see it, you will be successful.” However, success is more complex than that and cognitive therapy is about being realistic, not about being delusively positive.

That being said, those with low self-esteem are often visualizing all the negative aspects of themselves. They see what may go wrong rather than seeing success. Change the way you view yourself and the outcome of your efforts. Learn to see yourself succeeding at what you try. However, to visualize success requires more than positive thinking. Instead, it is more similar to goal-setting and identifying the steps to achieve the goal. When you take on a task, instead of wasting time thinking about how you will fail, think about the steps it will take to succeed. If it takes more than one or two steps, focus on only the first ones and don't worry about whether you can achieve the rest until you get there. Read more... 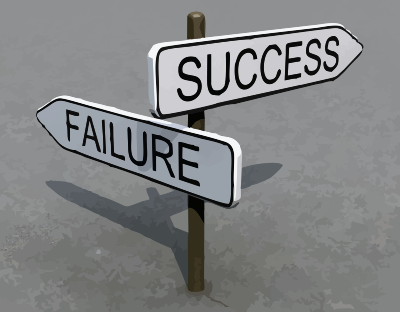 1) Over-identifying failure.
Those with a fear of failure tend to think in terms of failure. They divide their world up into categories of success and failure. They feel good when they succeed and bad when they fail. As a result, their self-esteem is based on an external factor—the outcome of their actions. Since outcomes aren't always completely controllable, basing the self-concept on the outcome causes the self-esteem to fluctuate depending upon the circumstances. A stable self-esteem tends to influence outcome rather than outcome influencing the self-esteem. Read more...

Internalizing the positive responses you get from others is quite possibly the most important of these twenty steps to better self-esteem. To internalize means to make attitudes, opinions, or behaviors part of how you automatically think of yourself. If you are asked to describe yourself, your description is based upon this internal perspective. Unfortunately, for many people with low self-esteem, they have internalized negative attitudes and opinions about themselves. These need to be changed to a more positive internal representation. If you have been following the previous steps, you have already begun this process. Read more...

Frequently, people who have panic attacks develop a fear of having a panic attack while driving a car. They are afraid they will lose control and hurt themselves or others. For most people this fear is based upon inaccurate assumptions about panic attacks and how an attack can affect driving. Although there are a few people who may have medical conditions that can be triggered by a panic attack, most people who have panic attacks can safely drive or make the decision to determine the need to stop driving while calming themselves. If you have been checked out physically by your physician and cleared for driving, these audios can help explain why you can safely drive with a panic attack. They are meant to be used for therapeutic driving exposures when challenging the avoidance of driving. 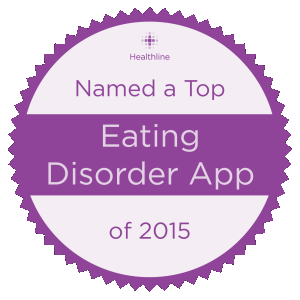 One of Excel At Life's apps have been selected among the 13 best apps of 2015 for eating disorders:

Cognitive Diary CBT Self-Help: "Destructive thoughts are one of the most damaging aspects of an eating disorder. The negative opinions you have about yourself, and the self-hate you direct towards your body can be damaging and long-lasting. Cognitive behavioral therapy (CBT) is a powerful tool that can help change your thought patterns and improve your mental state.

Many mental health professionals request that patients keep an ongoing journal to record their feelings, as well as the events that may have affected their mood. This app makes it easier to do than toting around a pencil and paper all day." (Healthline) 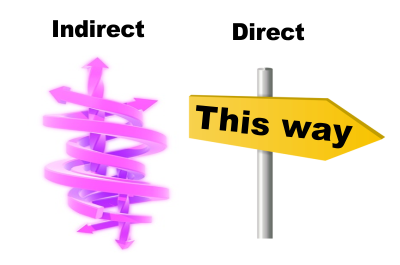 As previously mentioned in other steps many people who lack self-esteem are afraid of being rejected. Due to this fear they make their comments and their requests less direct. In which case people are less likely to be responsive. As such, being indirect can become a vicious cycle. People don't understand or hear your requests, comments, or opinions and are not responsive to you. As a result, you may feel rejected and become even more withdrawn and less direct.

Sure, being direct can lead to more confrontation or clear rejection of your request or ideas, but at least you know where you stand and it is not based upon irrational speculation. Also, consider that people are not always be in agreement--it is not a rejection of you just because someone disagrees or refuses a request. Recognize it is okay because it is not necessarily about you. Read more...

Step 12. Focus on Other People. 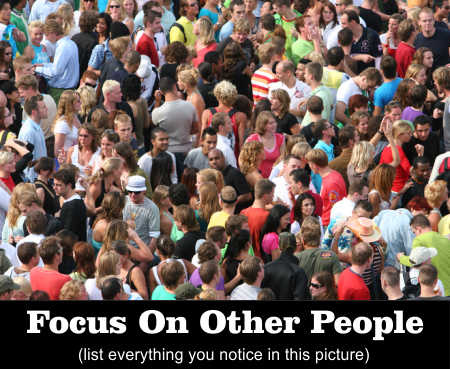 Often, people with low self-esteem are focused on themselves. They are worried about what others might think of them. They are evaluating themselves based upon others' reactions to them. They are apologizing for themselves when they haven't done anything wrong. They may even be critical of others for not showing interest or concern about them. All of these concerns, however, mean that they are inside of their head and focused on themselves. And usually, most of this self-focus is negative.

Step 11. Don't Evaluate Yourself Based on Others.

A common problem for people with low self-esteem is they evaluate themselves based upon how others react to them. Unfortunately, for several reasons this can frequently lead to a worsening of self-esteem or a negative self-concept:

1. You don't know what others are thinking.
You are only observing their behavior which may or may not be a reaction to you. Recognize a lack of response can mean different things. Sometimes people are thinking or focused on something else. Sometimes they don't realize you are talking to them. Don't personalize a lack of response. In addition, when you get a negative response you could be inaccurate in your perception because you are interpreting what they are thinking based upon the behavior you see. Read more... 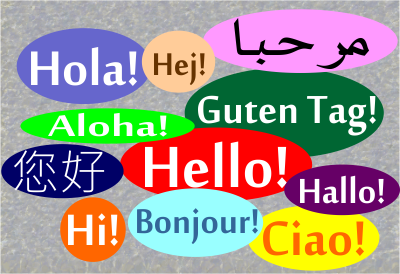 Acting confident leads to feeling confident. One reason for this is other people more readily respond which increases positive interactions. Many people with low self-esteem wait for others to make the first overture. As discussed in the previous step, they don't want to risk rejection. However, other people don't always approach first for a variety of reasons that has nothing to do with you. Some of them may have low self-esteem as well or social anxiety. Some of them may have poor social skills. Some of them may be distracted and not paying attention to what's around them. Therefore, waiting for others often leads to nothing.

Instead, make it a habit to say “hello” to people. Frequently, when people with low self-esteem try this step, they report that others were non-responsive. Usually the lack of response is because the other person didn't hear them or know they were being addressed. So be sure to speak up. Don't just mumble “hi.” If you know their name, use the name. Make sure you are heard: “Hello, Bob. How are you today?” Read more...

This audio teaches autogenic relaxation which is a focus on the pleasant sensations of warmth and heaviness coming into your body. Practicing this method will help you become more skilled at being aware of your body, where you feel tension, and replacing the tension with pleasant warmth and soothing heaviness. About 9 minutes.

When doing any mindful or relaxation exercise, it is important to very gently bring your focus back to your experience if distracting thoughts occur. Do not try to get rid of the thoughts because that interferes with the relaxation process. Instead, just gently refocus back to the exercise.

Once you have learned this technique, you can use it to help whenever you feel stressed. You won't need to listen to the entire audio but will be able to focus on the sensations of your body, being aware of the tension, and releasing the tension by replacing with the relaxing sensations of warmth and heaviness.

Many people with low self-esteem try not to make eye contact and smile at others they pass in the hall at work or at the grocery store or out for a walk. One of the reasons people avoid eye contact is fear of rejection. Making eye contact, and especially smiling, feels vulnerable because the other person can respond with negative non-verbals or ignore you. For people with low self-esteem such a reaction can feel like rejection.

However, similar to the previous step of holding your head up, making eye contact is a critical part of human interaction. It expresses self-confidence and interest in others. It allows other people to connect with you and to approach you. Certainly, sometimes we avoid eye contact deliberately so as not to be approached by strangers. But it is not beneficial to always avoid eye contact and ignore others especially those you see on a regular basis such as at work or school or in the neighborhood. Read more...