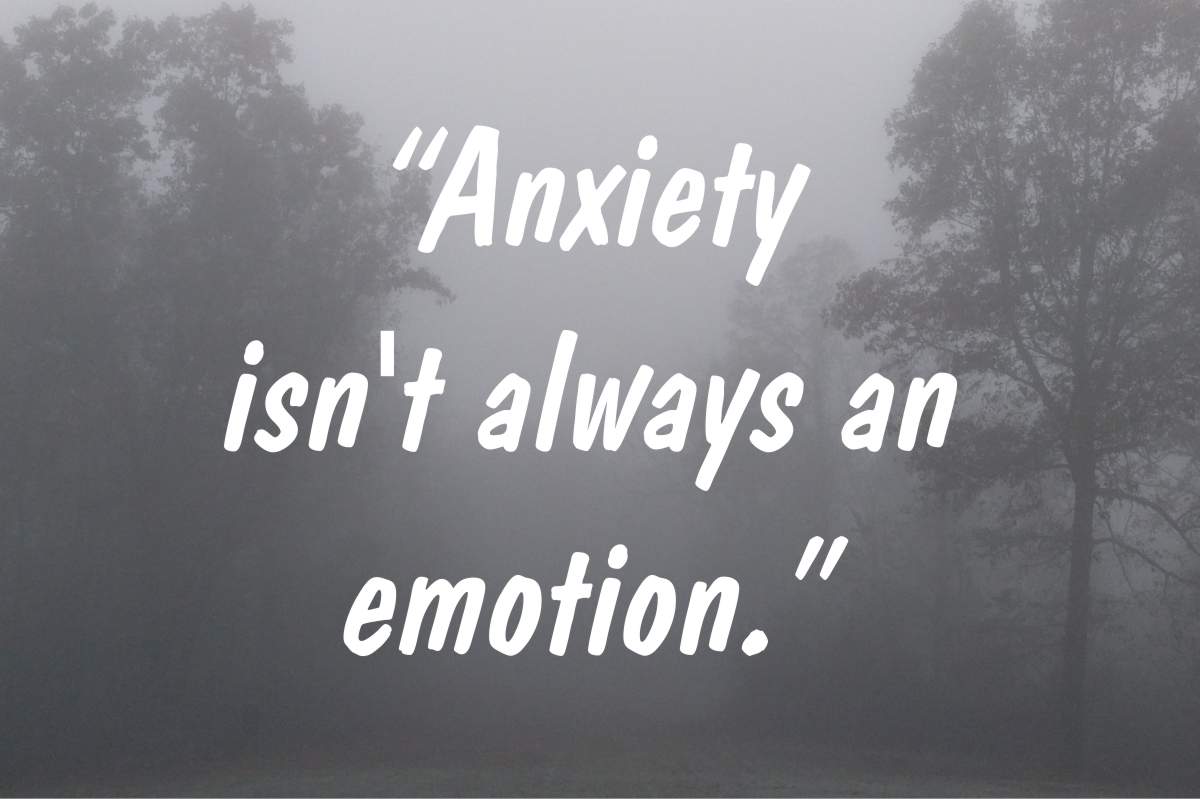 Anxiety is body arousal which can be due to any number of triggers. For many people with anxiety, they become confused about the anxiety when it doesn't manifest in its usual way. Frequently I've had clients I treated for anxiety who were managing their anxiety well but had a sudden flare-up they didn't understand and which caused additional distress: “I don't really feel anxious about anything, why am I having these symptoms?”

When I explore with them recent changes or possible triggers, we often discover there are other reasons for the symptoms. The reason there are many triggers for anxiety symptoms is because the symptoms are due to the arousal of the autonomic nervous system (ANS). The ANS is a natural system of the body when the body feels threatened or in danger--it prepares us to react to the threat. To understand this further, read: A Brief Primer on the Biology of Stress and How CBT Can Help.

Many times when my clients have anxiety symptoms they don't understand they become even more anxious due to the concern about why the symptoms are suddenly occurring. Sometimes just knowing the reason for the symptoms can be reassuring. By understanding your body you can tolerate the symptoms better and/or decrease the symptoms. Some of the possible triggers:

1) Illness. A common cold can often be a trigger for anxiety symptoms because the body experiences illness as a threat and will try to protect itself through the arousal of the ANS. In addition, when a person has a cold, they sometimes take medicines that may have arousing effects.

4) Lack of sleep. Poor sleep can lead to anxiety symptoms. The reason being that the body views the lack of sleep as a threat since sleep is a necessary part of daily regeneration.

5) Excessive alcohol. When a person has a hangover from alcohol use it is an indicator that the body's systems are malfunctioning. Again, the body will view this as a threat and can activate the ANS creating anxiety symptoms. Sometimes people use alcohol as a way of self-medicating to reduce anxiety but it creates a vicious cycle which can lead to increased anxiety. I've had clients who experienced significant decreases in anxiety when they quit drinking.

6) Medications and illicit drug use. Many prescribed medications can have an arousing effect. Commonly used corticosteroids are particularly notorious for increasing anxiety in those who are susceptible. In addition, chronic use of certain medications prescribed for anxiety such as benzodiazapines can lead to dependence and increased anxiety symptoms over time.

And, of course, certain illicit drugs are noted for their arousing effects. However, even drugs that don't cause arousal directly can be seen by the body as threatening. I have had numerous clients who reported their first panic attack was while smoking marijuana. I don't know the exact reason for this but I suspect it has to do with the paranoid aspect that some strains of marijuana cause or with the feelings of loss of control.

7) Surgery. Any invasive procedure is seen by the body as a threat. So, even something like dental surgery or outpatient screening surgeries (such as colonoscopies) can increase anxiety symptoms. In addition, many surgeries also involve the ingestion of medications not typically used, some of which can trigger anxiety symptoms.

8) Emotions. Of course, anxiety can be caused by intense emotions which can be viewed as a threat to the system. However, the point is that anxiety isn't always emotional. Learn to tell the difference between when anxiety is emotional distress and when it is body arousal for some other reason. The above are some of the common triggers that I have seen with clients. However, it is not an exhaustive list. At least, ask yourself if any of these other reasons might apply.