50 RULES OF LIFE
Rule 9: Persist, No Matter the Odds

What makes those who succeed different than those who fail? It is not failure that prevents success but the refusal to continue to try when failure occurs. Those who quit after a failed attempt are not likely to succeed. Those who keep trying no matter how many painful rejections or frustrating failures they experience are more likely to achieve their goals.

People who persist have a higher likelihood of success in life (Anderson and Bergman, 2011). Researchers Duckworth and colleagues (2007) showed through a series of studies that those individuals who have “grit” which they defined as “perseverance and passion for long-term goals” were more likely to succeed at their goals than someone who was equally talented but did not possess grit. The particular characteristic of grit that was associated with success was not how hard someone worked but how long they worked. The more time put into pursuing a goal indicated the likelihood of success. 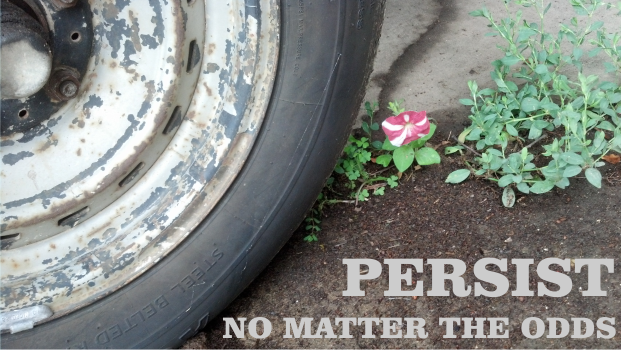 Want to be successful? Determine your talent and your passion and pursue it. Persist. Persist and create a billion dollar empire after your book is rejected twelve times (J.K. Rowling and her Harry Potter series). Persist and become the “King” of rock and roll after failing auditions to join bands, being rejected after auditioning for a national televised talent show, and being told by the manager of the Grand Ole Opry “You ain't going nowhere, son. You ought to go back to driving a truck” (Elvis Presley). Persist and invent a world changing product after 1000 failed attempts (Thomas Edison and the light bulb). Persist and be listed in the Guinness Book of World Records as the best-selling book that was rejected 121 times (Robert M. Pirsig and “Zen & the Art of Motorcycle Maintenance”).

Whatever your goals are, you are more likely to achieve them if you keep trying. Persist. No matter the odds.


Copyright © 2012 by Excel At Life, LLC.
Permission to reprint this article for non-commercial use is granted if it includes this entire copyright and an active link.

The Secret of Happiness: Let It Find You (But Make the Effort)--page 1

by Monica A. Frank, Ph.D.
"...happiness doesn't come with fireworks and a parade. Instead, it sneaks in quietly as the night so that you don't realize it has been there for awhile."

The first and most important key to finding happiness may be the most difficult for many people (especially those reading this article): To find happiness you must not seek it! In other words, the more you try to find happiness, the more it will elude you. I think Nathaniel Hawthorne (1804-1864) said it best, “Happiness is a butterfly, which when pursued, is always just beyond your grasp, but which, if you will sit down quietly, may alight upon you.”

However, don't be discouraged. You can do many things to create a life where happiness is more likely to find you. Yet, the same caveat applies: If you do everything for the purpose of finding happiness, you may achieve much, but you are not likely to find happiness. Researcher Mauss and colleagues (2012) who found that the higher the value a person places on being happy, the more likely they are to be unhappy, stated, “encouraging a mindset to maximize happiness (as some “self-help” books do) may be counterproductive.”

The reason happiness becomes elusive the more you strive for it is due to creating a fixed desire of achieving happiness. If you have read some of my previous articles, you know that a fixed desire is a demand that something has to occur, or be true, or be achieved in order to be happy. Demands, or “shoulds,” are irrational thinking styles that create conditions for stress and unhappiness. Most of the time these demands take the form of “To be happy, I must be thin and wealthy” or “I must find the love of my dreams” or “I must have a fulfilling job.” In fact, a fixed desire can be almost anything. It could be "I should feel good today" or "My son should get an A on his exam."

However, typically the demands are not completely under the control of the individual and/or they are externally focused which means that the individual may not be able to make these things occur even with a great deal of effort. Therefore, this demand attitude allows happiness to be at the whim of the external world.

In the case of happiness itself, many people make the attainment of happiness a fixed desire: “I must be happy.” However, it is only when we realize that we don't need to be happy that we can find happiness. As William Saroyan (1908-1981) said in My Heart's in the Highlands “The greatest happiness you can have is knowing that you do not necessarily require happiness.”

The difference between a fixed desire and a desire or a goal is that the latter doesn't connect personal happiness with the outcome. For instance, a person may desire to find a fulfilling job but doesn't demand that it has to occur.

Interestingly, people who have desires rather than demands may be more likely to achieve their goals (Berg, Janoff-Bulman, & Cotter, 2001) possibly because they are more motivated and less discouraged. When the very essence of happiness is dependent upon the achievement of a goal, striving towards that goal can be quite overwhelming and even frightening: “What if I fail?”

The one time I experienced test anxiety was just as I started to take the Graduate Record Exam (GRE) that would affect my entrance into graduate school to become a psychologist. Just before I picked up my pencil, I said to myself, “This is the most important test you will ever take. If you don't do well, your life will be ruined.” My anxiety shot up as I opened the booklet to read the first question which might as well have been written in Russian because I couldn't comprehend a single word. Fortunately, I knew enough about self-talk and recognized what I had done to myself, so I put my pencil down, did five minutes of deep breathing and told myself, “This test doesn't matter. If you fail, all it means is that your life will take a different path.” That is the difference between a fixed desire and a desire.

Similarly, Charles Dickens stated in his novel The Life and Adventures of Nicholas Nickleby, “Happiness is a gift and the trick is not to expect it, but to delight in it when it comes.”

However, that being said, let's discuss how to achieve happiness. Actually, how to create the conditions so that happiness can find you. The work to finding happiness is to remove the obstacles to happiness. Read more...


Copyright © 2012 by Excel At Life, LLC.
Permission to reprint this article for non-commercial use is granted if it includes this entire copyright and an active link.