People with Mental Illness are Essential to Our World 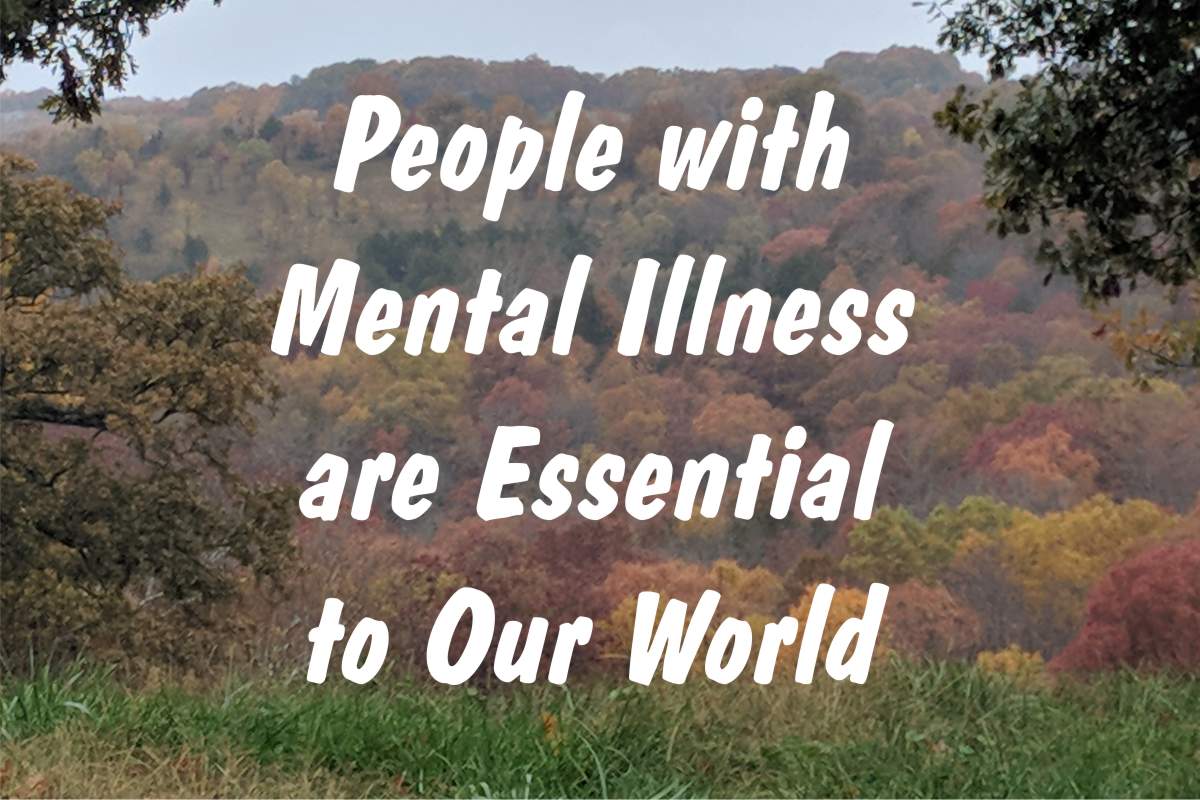 Even though our society gives lip service to supporting those with mental illness, the stigma still exists. Sometimes I think the stigma is worse because as awareness of mental illness has increased, the pressure for compassion has caused the stigmatization to be more subtle and hidden.

Recently, I became acutely aware of this when I heard someone dismiss a well-known celebrity's opinions because he has a mental illness. When will we begin to understand that a mental illness is not the person? A person can still love, laugh, work and form coherent opinions even though they have a mental illness.

Maybe it is because in trying to remove the stigma society has made certain words unacceptable. It is no longer okay to say someone is “crazy.” So, instead, people say the person has a “mental illness” which can be factual but is not necessarily the cause of their behavior or of the formation of their opinions.