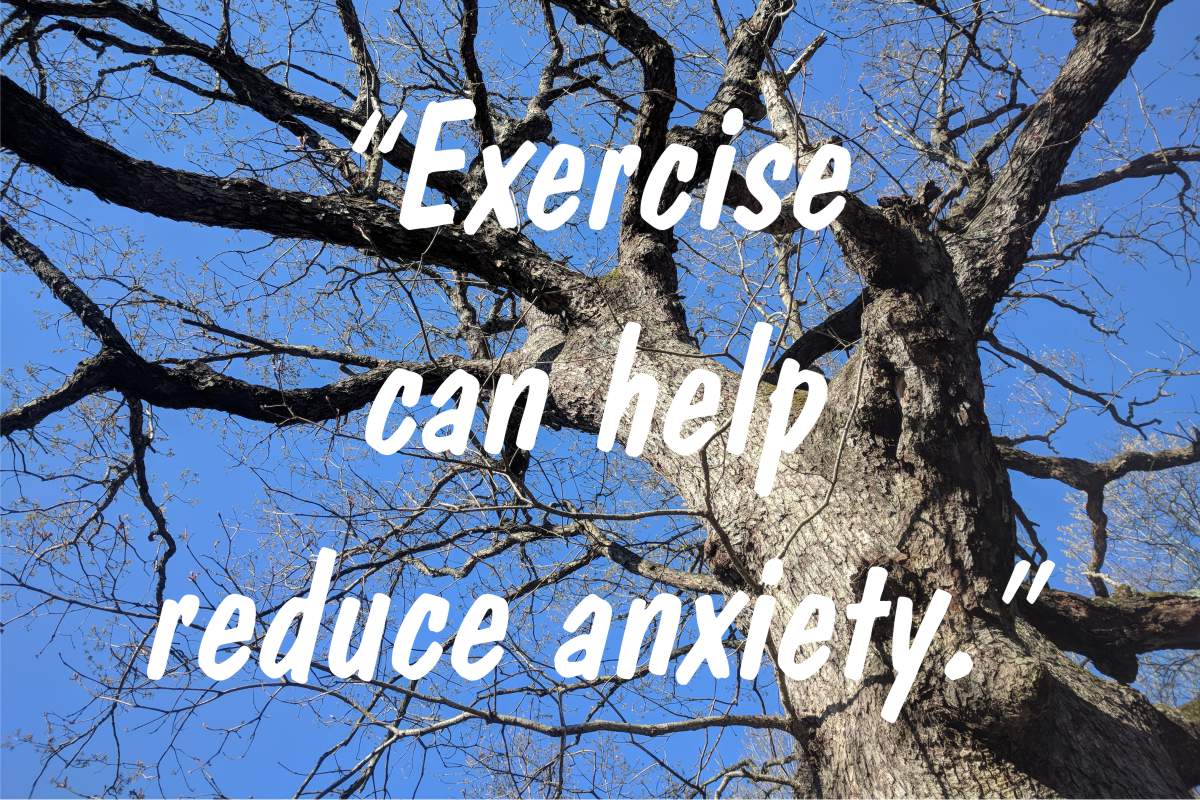 Some people are fearful of exercising because the physiological sensations during exercise (rapid heart beat, rapid breathing, muscle tension) feel very similar to anxiety and panic symptoms. For some, they don't want to feel these sensations at all because of an aversion to the symptoms. They try to avoid anything remotely similar to anxiety.

As a result, some people with anxiety avoid exercise, particularly aerobic exercise which could benefit them in several ways:

1) Reduces acute anxiety. When someone exercises while having anxiety or during a panic attack the anxiety can be reduced fairly quickly. This may be due to the deep breathing during the exercise or it may be due to draining energy in the form of adrenalin that the anxiety needs to fuel it or it may be a combined effect along with the release of endorphins (see below).

2) Reduces chronic anxiety. Some have wondered why an activity that excites the neurons in the brain can have the effect of calming the system in the long-term. The answer seems to be according to a study by Schoenfeld and colleagues (2013) is that it not only increases the activity of excitatory neurons but also inhibitory neurons in the hippocampus. What does this mean? The hippocampus is the center of emotion in the brain. When you routinely exercise, you create more connections between the nerve cells in your brain that override or hinder the nerve cells involved with intense emotion. The result is that exercise changes the brain in a way that helps maintain calm.

3) Improves mood. The release of endorphins, a morphine-like hormone, during exercise have a pain-relieving and mood-enhancing effect. This effect may be more short-lived but it can have secondary effects. For instance, while experiencing the effect of endorphins a person may have the willingness to face fears which can lead to greater confidence in similar situations.

4) Improves cardiovascular health. Having healthy lungs and heart are generally beneficial but can also be specifically helpful for those with anxiety. Healthy lungs can aid in breathing deeply and slowly thus improving the relaxation process. Some people with anxiety fear the symptoms as signs of a heart attack so the more they take care of their heart the more they can be reassured that the symptoms are due to anxiety.